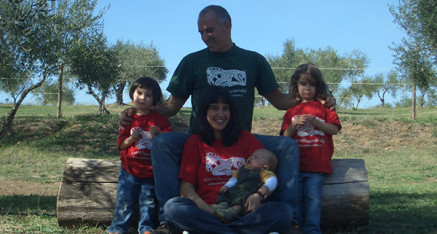 Cavalsuonando® was born from an idea, which has developed over the years, by Settimio Malatesta and Ilaria Tempestilli, to create a space for young people to be able to test themselves emotionally in relation to nature, to movement, to music and to animals, in much the same way as Settimio and Ilaria did when growing up.

The many ideas that Settimio and Ilaria have created, borne from their divergent personalities, coupled with being the parents of three wonderful children, encouraged the pair to start working on their dream of creating something totally new and original from scratch, Cavalsuonando®.

Passion and curiosity has driven both of them since childhood to deepen the knowledge derived from their own experiences; studies and pursuits in physical education, ethology (the study of animal behaviour in nature), and musical pedagogy (which follows a path the reverse of the usual academic one where the theory precedes the practical). Settimio himself learnt to play an instrument before formally studying any theory!

This line of thinking has led them to encourage in children a personal approach and interpretation to their activities without the usual constricting and rigid structures or technical points. The idea is to stimulate the young participants’ ability to adapt to new situations, giving them the tools to try different things and to use their intellect and creativity at the same time.

Cavalsuonando® is a place to meet new and diverse challenges, all strongly related to Nature and Art where, through play, participants come in contact with the environment; the land, the trees, the animals and the sounds of nature and music. This ethos has led Cavalsuonando to set a series of goals as suggested by nature and the animal world;

Attention to detail-stimulation and refinement of the senses (aka Self Preservation!)

Respect for the laws of nature (in nature, if you don’t pay attention, you pay!)

Awareness of the need to belong to a group, as social beings, and the importance of recognising well defined roles within that group

Embracing the spirit of friendship, having a good attitude and nurturing the desire to help others

The promotion of activities still requiring “the use of the hands” such as craftwork, music, painting and less artistic skills, little thought of by young people nowadays, such as sheep farming, horse shoeing, carpentry…

Cavalsuonando® wants to be an example of how, with curiosity, persistence, study, creativity and passion, an original idea can become a reality.

In recent years, Cavalsuonando® has had the good fortune to meet families that have believed in the potential of the Cavalsuonando® ideal and have grasped the essence of Settimio’s and Ilaria’s intent (these people didn’t pretend that their children would become horse riders, musicians or athletes!) With confidence they invested in their children’s happiness and became witnesses to the explosive joy that grips their children every time they turn up the country road that leads them to the entrance of Cavalsuonando®!

The courses also accommodate people with disabilities and their families, and aid greatly in the enrichment of the work these families are doing to better their children’s life and life experiences. This confirms that what Cavalsuonando® offers is the potential to reach levels of profound psychological well-being derived from physical education activities carried out in a natural and nurturing setting.

Many of the children who have come to Cavalsuonando® have made lasting friendships and leave Cavalsuonando® rich with experiences which will stay with them for the rest of their lives. It is hoped these experiences will become, if needed, a source of great strength in the face of a mixed up society, which moves too fast and can be disorientating, a society which focuses on consumerism and encourages uniformity instead of celebrating diversity. 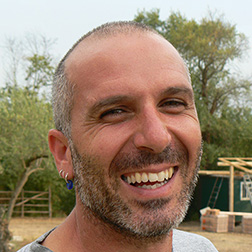 Ever since he was a young boy, Settimio was drawn to nature and animals, and especially to horses. Whenever he could get on one he would gallop bareback playing “cowboys and Indians” with his brother for the ‘Campaigns of Capena’! Settimio inherited his love of horses from both of his grandfathers, from whom he also learnt a great deal. Settimio has always had a great aptitude for manual and artistic endeavours, from wood carving to designing and making toys. As a teenager, encouraged by his mother, he was introduced to music by way of a guitar and immediately his deep curiosity led him to experiment with various instruments and multiple musical genres including world music, pop, blues, rock, jazz… As an adult, on one of his trips to America, whilst in New York at the home of a musician friend, Settimio was enchanted by the sound of the mandolin and, years later he began his classical studies of the instrument. He graduated from the Conservatory of Music A. Casella dell’Aquila. Spurred on by his relentless thirst for music, Settimio is now currently studying cello at the same conservatory.

The importance of music and horses, as teachers of life and sources of energy, pure joy and a profound sense of security, is what has always kept Settimio a stranger to the danger of drugs and alcohol, which, unfortunately, can make casualties out of weak and ill-prepared youths who haven’t the strength or the skills to defend themselves from such things.

A sporty upbringing further strengthened Settimio’s resolve to become a tenacious adult, loyal to all (who deserve it), he works outside the box with his unique and inspiring vision of the world. 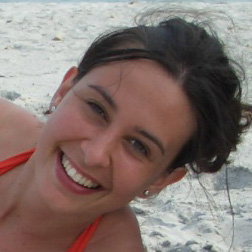 From a young age Ilaria showed a passion for sporting activities; she reached competition level swimming and water polo and amateur volleyball, basketball and athletics. Her interest in human movement saw her study at the ISEF di Roma and the IUSM dell’Aquila where she graduated with a Degree in Physical Education. Her studies analysed the fields of psychomotor activities for children and the elderly, with work experience as a swimming teacher and pool coordinator at diverse swimming centres in the area. She was also a teacher of physical education at kindergartens and primary schools, and a teacher of gentle gymnastics in aged care centres.

Ilaria’s partnership with Settimio has given her a desire to experiment with her skills in a natural environment, to this end, Ilaria has contributed to the planning and conducting of Cavalsuonando®’s activities.

Ilaria happily became a mum three times over in the space of a few years and has decided to take a break from her work to dedicate her time and energy to her children. Becoming a mother has been an enriching and important experience for her and she has matured not only personally but professionally as a result.